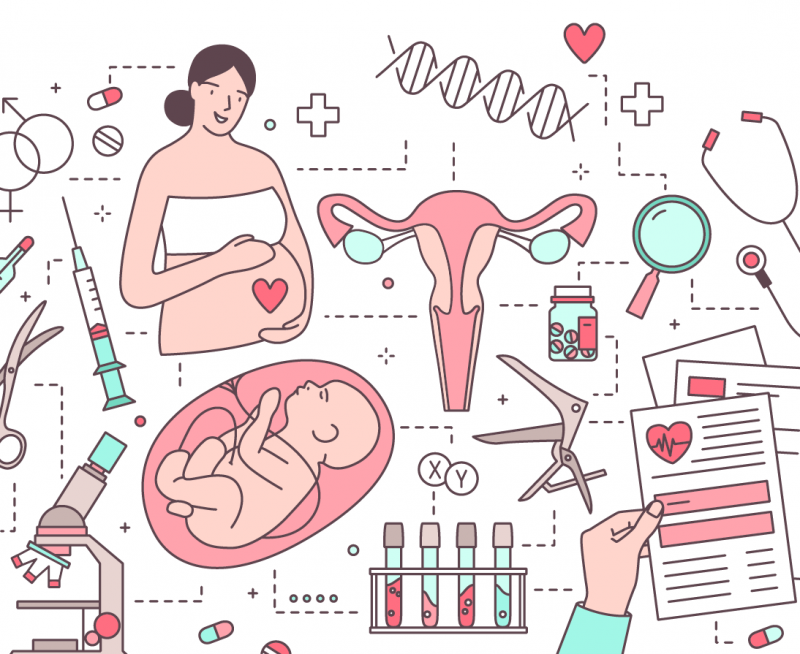 Women’s reproductive health has historically been undervalued in society, neglected in medical research, prone to misdiagnosis by doctors, trivialised by the media and treated cursorily by governments. However, research has found that women tend to spend more – financially, emotionally and time-wise – on their reproductive health. The articles below touch on some of these issues.

The Independent has reported that the Healthcare Safety Investigation Branch (‘HSIB’) has investigated whether changes to maternity services during the pandemic affected care given to women who went on to have stillborn babies.

Despite it being a common condition, with an estimated 14 million people in the UK suffering from a bladder problem, urinary incontinence is still considered a taboo subject and not openly discussed enough. As a result, many people will suffer in silence and do not reach out for support or to get the help that they need.

Last month, BBK provided written submissions to the government in response to the Women’s Health Strategy: Call for Evidence.

Sadly, a recent report by the Care and Quality Commission (CQC) into Worcestershire Royal Hospital Maternity unit has led to the unit being downgraded from ‘good’ to ‘requires improvement’.

The latest reports into maternity care carried out by MBRRACE (Mothers and Babies: Reducing Risk through Audits and Confidential Enquiries Across the UK) have been released and are already hitting the headlines, for good reason.

The latest reports into maternity care carried out by MBRRACE (Mothers and Babies: Reducing Risk through Audits and Confidential Enquiries Across the UK) have been released and are hitting the headlines for good reason.

Recently issues relating to family planning and fertility in clinical negligence claims have come under renewed focus following the decision in Whittington Hospital NHS Trust v XX [2020] UKSC 14. A welcome decision that evidenced the courts are willing to make decisions reflective of changing public attitudes to alternative family planning, in that case the Supreme Court upheld the decision to allow a Claimant to claim for the costs of commercial surrogacy.

As I approach the start of my maternity leave, issues surrounding pregnancy and birth are constantly on my mind. This has also made me think a bit more about the additional challenges that brain injury survivors may have to overcome when considering similar issues.

Endometriosis – affecting many but known by few

Endometriosis affects up to 1 in 10 women in the UK. Despite the condition being far from rare, it is not a condition widely known about. Like many gynaecological conditions, historically there has been an unspoken assumption that discussing such matters is distasteful. Unwillingness to talk openly about the symptoms and condition has led many to suffer in silence. There is a lack of awareness in the general public. Tragically on average it takes 7½ years for a woman to be diagnosed with the condition.

I was saddened to read about the tragic loss of Kara Keough’s six-day-old baby boy. Kara is a star of the Real Housewives of Orange County and recently made a public announcement about the loss of her newborn baby and the circumstances surrounding this. Whilst I cannot claim to watch the show, I found it heartbreaking to read Kara’s story. In her announcement, Kara explained that during labour her baby had shoulder dystocia and in the process of her baby being delivered, the umbilical cord became compressed. This led to her baby suffering a brain injury, leading to his tragic death six days later.

It’s OK to struggle with getting your smear

Getting a smear, particularly for the first time, is often a case of putting your big girl’s pants on and being brave for a few minutes. For most women, it’s also a case of realising the reality wasn’t as painful as you thought it would be. However, some of us find that for many (and very valid) reasons, no matter how big their big girl’s pants are, they still struggle with a painful smear. This can feel really disheartening and you can feel like you’re the only one who is finding it painful or that you’re being a bit dramatic. This isn’t the case.

In a study carried out by the organisation Birthrights, less than half of women they surveyed had the birth they wanted and many experienced lack of choice and disrespectful care. Read more here in our blog.

I recently obtained compensation for the family of a woman who died from cervical cancer. She was 32 years old and had a family when she died, less than one year after she was diagnosed. Yet her story is not a one-off. Read more here in our blog

Cervical screening – how accessible is it?

Earlier this month one of our Senior Solicitors in our Complex Injury Team, Olivia Boschat, wrote a very interesting article for Female First highlighting the importance of cervical screening for women. To quote Olivia, “anyone who’s had a smear test knows it is not an elegant experience” but it is an important one. In fact it can be lifesaving. Yet many women across the country are being denied access to this important test because GP surgeries, where the test is most commonly carried out, are not accessible for those with mobility issues. Read more here in our blog.

The Maternal Health Alliance confirm that a staggering 1 in 10 women will develop a mental illness during pregnancy or within the first year of having a baby. Many of those will struggle on in silence without recognising they need help or being able to access support. Read more here in our blog.

Dealing with the Unexpected: What happens when a woman’s ovaries stop working before they should? Read more here in our blog.

Stillbirth Inquests: Lessons to be learned

Stillbirth and neonatal death is an earth-shattering, life-changing loss and one of the worst things anyone can imagine going through. It is also something that is incredibly difficult to talk about. Read more here in our blog.

Pregnancy is an exciting time for parents-to-be but there can be risks and complications when the baby is in the womb. This blog focuses on the specific risk of umbilical cord compression within the womb and the effect this can have on the baby. Read more here in our blog.

British women are said to experience, on average, 30 years of post-reproductive health. With or without a history of childbirth, these years can involve a number of difficult health conditions, and all too often, a lack of information on how best to deal with them. Read more here in our blog.

Discover the true cost of having a female reproductive system, from inequalities in the prices of products to women having to spend more time at the doctors. Read more here in our blog.

How do women feel about their reproductive health, and do they trust doctors to guide them through their questions, issues and concerns? Find out here.

What are the implications of the rife misinformation regarding women’s reproductive health? Dr Anne Henderson takes us through some of the most pressing issues.

Birth injuries for mums from a physical perspective

Some mums can suffer serious injuries during child birth. Whilst the needs of the new baby must be met, mums need to support to get the right treatment and support. Read more here in our blog.

Women’s cancers and the impact on fertility

For women who suffer a delay in diagnosis of gynaecological cancer, the delay can mean the difference between being able to have children or not. Read our blog for more information on the options available to those affected.

29 April to 5 May 2019 marks Maternal Mental Health Awareness Week, the aim of which is to raise awareness of maternal mental health issues during pregnancy or after having a baby, to encourage mothers to get the support they need. Read more in our blog.

Claiming the costs of surrogacy in an action for personal injury

Where a physical injury has caused infertility then you will usually be entitled to claim the costs of fertility treatment such as IVF, according to current case law. Read our blog for more information on the current situation.

Preeclampsia and the risk of permanent brain damage to pregnant women

At present, pre-eclampsia can only be cured by delivering the baby. If pre-eclampsia isn’t diagnosed and monitored, a number of complications can develop including brain injury fits and stroke.