Abuse of any kind is an abhorrent act, but it strikes a particular chord when children are targeted. According to the Office of National Statistics, an estimated 670,000 Brits have suffered child sexual abuse alone. To make matters worse, there is ample evidence to suggest disabled children are more likely to suffer child abuse.

There have been several studies that have explored this issue, investigating reasons why children with disabilities are particularly vulnerable to abuse and exploitation. We have put together a summary of some of those studies.

In October 2017, the American Professional Society on the Abuse of Children (APSAC) released a study titled Sexual Abuse of Children with Disabilities. The researchers carried out a national probability study of over 2,000 maltreated children in the United States.

What’s more, they found that the severity of abuse was greater when it came to children with a learning disability, with over three times as many of them experiencing sexual abuse (specifically digital penetration and oral sexual activity) compared to children without a disability.

From childhood through to adulthood, the investigation found that people with disabilities are at heightened risk at all moments in their lives, being more likely to be assaulted by someone they know, as well as during the day. For example, for women without disabilities, the perpetrator is a stranger 24% of the time, but for women with an intellectual disability, this is only the case 14% of the time.

In May 2018, the Sweden-based World Childhood Foundation stated that children with disabilities are particularly vulnerable to violence and sexual abuse.

In their report, they refer to “international research [that] shows that children with neuropsychiatric disabilities are at three to four times higher risk of violence or assault compared with other children.”

To top it off, the Foundation also noted that a study by the Swedish Media Council found that children with disabilities are also at higher risk of sexual violations online.

Why are disabled children more likely to be targets of abuse?

The report also collated a number of reasons why disabled children are more likely to suffer child abuse compared to other children. Some of the possible reasons identified include:

The above is a short outline of a handful of studies that cover the prevalence of child abuse towards children with disabilities. As one of the most vulnerable groups when it comes to child abuse, disabled children rely on other people to identify and report the crimes being committed against them. Read our guide on how to identify signs of child abuse for the four major categories of child abuse: physical abuse, sexual abuse, emotional abuse and neglect.

How do I make a child abuse claim?

Every child abuse claim is unique and we’ll sensitively consider any information you share with us to help you get the best result. There are two main ways to seek compensation:

1. Through the court system

In some cases, you can apply to both.

Regardless of which route you choose to go down, here are the 6 main steps for making a claim:

For a free no obligation chat, contact our child abuse team on 020 7288 4800 or complete our online child abuse enquiry form.

We’ll help you decide on the best funding arrangement for you, whether it’s ‘no win no fee’, legal expenses insurance or Legal Aid. We can also provide advice on partner organisations who can help.

If we think you have a claim, we will carry out initial enquiries and review documents including police statements, prosecution documents and social services records.

We may also speak to witnesses if necessary and agreed by you.

Once we have all the supporting evidence, we will draft a letter to the defendant setting out the detail of your claim.

We will instruct a psychiatrist to interview you and provide a report for the case If we think your case will be supported by evidence from any other experts we will also arrange for you to see them and for them to provide a report on their opinion.

Find out more about the child and adult abuse claims process here. You can also read information on how to report a case of child abuse to the police.

What is the process for claiming child abuse compensation through the courts?

Civil law cannot punish the abuser, as this is the job of the criminal courts. If compensation is awarded, insurance companies generally pay it. In order for a child abuse claim to be successful, we must first prove the abuse has in fact occurred and been the cause of your injuries or psychiatric condition. This may involve interviewing witnesses and examining a large number of documents (such as social services files).

Claims are often defended vigorously and the defendant may try and restrict our access to relevant evidence. Quite often the passage of time in child abuse cases may result in records having been destroyed or mislaid. This is the reason why such cases can take one or two years to conclude (sometimes longer). If the police have not investigated the abuse, it is your choice whether or not you tell them now. Our specialist solicitors can discuss this with you. Some clear advantages are:

Each case is different and yours will be assessed free of charge by a specialist child abuse solicitor to see if we can help. There are time limits for bringing claims through the courts but we can often work around those even if your case is technically ‘out of time’ due to it being a historic abuse claim.

What is the process for claiming compensation through CICA?

The CICA (Criminal Injuries Compensation Authority) is a government-funded scheme which processes applications for compensation on behalf of victims of violent and sexual crime.

We can guide you through the process of claiming compensation through this scheme. This includes review applications and appeals against the decisions of caseworkers.

What are the time limits for a case?

Strictly speaking, a child abuse claim should be brought by your 21st birthday. However, the courts recognise that it can often take child abuse survivors a long time to report the abuse they’ve suffered, due to mental health problems or feeling ashamed or embarrassed about what happened. So if you are over 21 and suffered abuse as a child, you still may be able to make a claim.

What happens if my claim is successful?

If your claim is successful we will negotiate a financial settlement, that takes into account both the harm done and the financial losses which may have resulted from the abuse. If the abuse has prevented you from reaching your occupational potential, this will also be factored into your final compensation amount.

Your financial circumstances change when you receive child abuse compensation. As a result, your means tested benefits may be at risk. You can protect your entitlement to your benefits and further benefit from compensation by setting up a trust. Our specialist child abuse solicitors will be happy to advise if this is applicable.

Investing your compensation requires careful thought and specialist advice. We work closely with reputable and professional financial advisors with extensive experience and knowledge of working alongside compensation award winners. We can make a personal recommendation and a referral to an appropriate adviser on request.

In many claims for child abuse compensation, your current quality of life and wellbeing may be improved by appropriate therapy and support services, including counselling or care. This is best given at the earliest opportunity, rather than waiting for the claim to be settled. We have arrangements with providers of therapy and other rehabilitation services to support as soon as possible.

How much child abuse compensation will I get?

The law can award damages for physical or psychological harm and for financial loss such as lost earnings, medical treatment, therapy, travel expenses, professional care or care from a friend or relative. The aim of compensation is to try and put you in the position you would have been in, if the abuse had not occurred.

The key to any claim is evidence from independent medical experts, usually a psychiatrist in child abuse cases. He or she will interview you and prepare a report detailing the harm inflicted. Such reports enable courts to decide how much compensation you should receive. The amount the court will award will depend on the severity of the abuse, the length of time endured and the psychological problems resulting from it.

In some cases evidence from other medical experts may be required in order to comment on physical injuries the abuse has caused. If your schooling has been affected and you haven’t been able to achieve your potential occupationally, we may need to instruct an educational psychologist. In some cases, loss of earnings can make up the largest part of a claim. We have succeeded in recovering damages for hundreds of thousands of pounds using such evidence.

Will my claim be confidential?

Your privacy is of the utmost importance to us. Throughout every stage of the legal process, we keep everything confidential and treat all documents in connection with your case as classified. Other ways we endeavour to protect your privacy include:

We are happy to discuss any concerns you may have about confidentiality at any point during the case.

Who will pay my legal fees?

If we think you have a strong claim, we will find a way to fund it for you. The 4 main funding options available are:

Find out more about your funding options and partner organisations who can help.

The legal costs associated with your child abuse claim include solicitor fees, barrister fees, experts’ fees, court fees and fees charged for obtaining records for your case. After winning a personal injury claim, the Defendant usually pays most, of your legal costs. Deciding how much the Defendant must pay can be a lengthy process. If we are unable to agree how much they must pay the court will decide. If a court decision is required, the process can take in excess of 6 months. We have a specialist team who work independently of our personal injury solicitors to ensure the costs process is dealt with speedily and to your advantage. 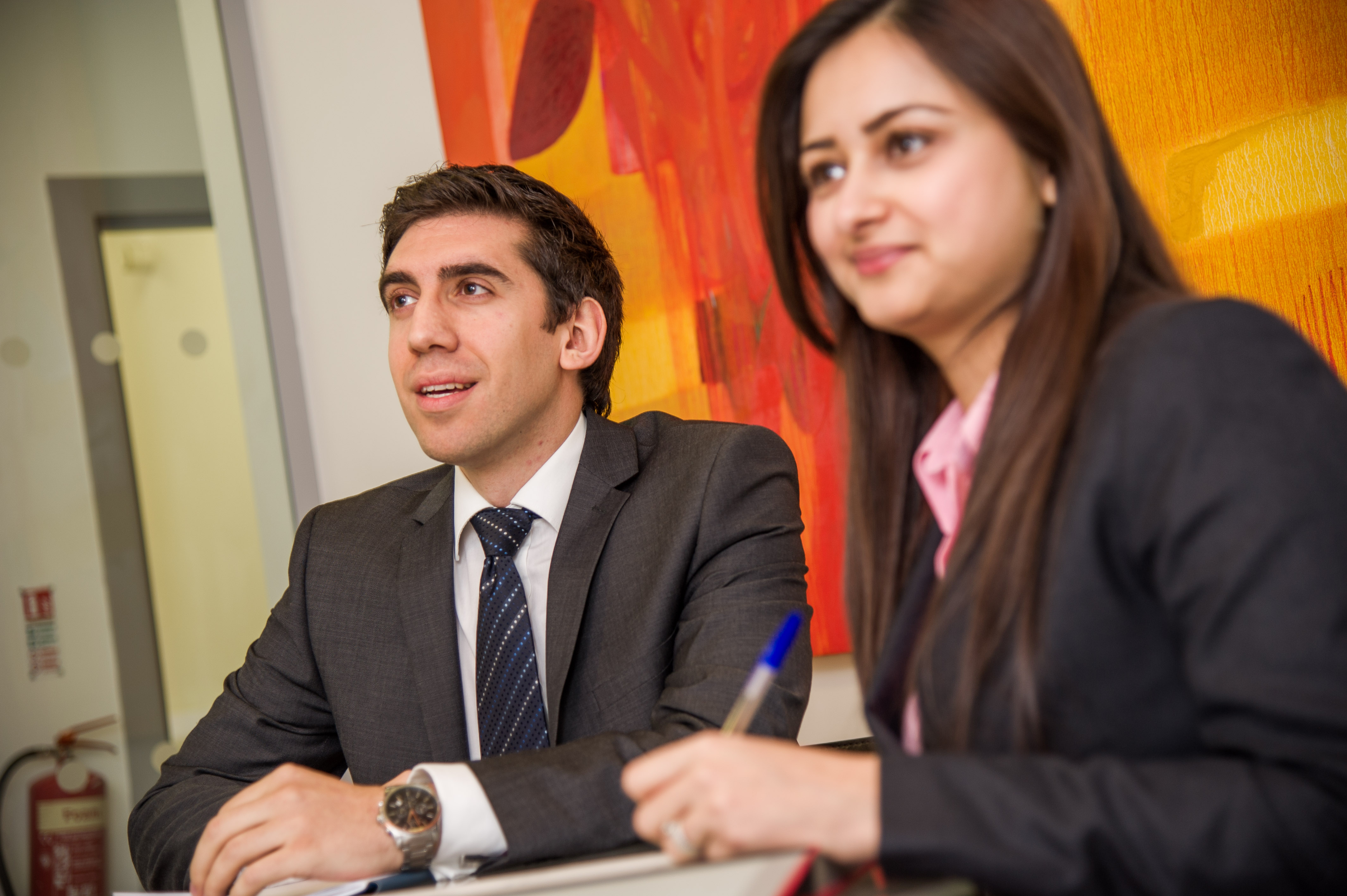 £200,000 awarded for local authority’s failure to protect a child

Bolt Burdon Kemp recently settled a claim for £200,000 on behalf of our client, Maureen Wood, against Staffordshire Council for their negligence in failing to protect her from serious abuse at the hands of her mother, brother and stepfather.

Watch the testimonies of five child abuse survivors in a short film that seeks to inform and empower others who may have endured similar abuse. Disclosing your suffering is never easy but our contributors hope that their stories will inspire others to come forward and disclose their abuse to the police.

_
This site uses cookies to make sure you get the best browsing experience. Find out more.