At Bolt Burdon Kemp, we understand that motorcycle accidents are unique. The injuries sustained and financial losses, including damage to bikes and gear, require a particular approach. We have a dedicated and highly experienced team of solicitors who deal specifically with motorcycle accident claims.

We are recognised as one of the leading firms in this area by the independent guides, Chambers and Partners and The Legal 500. Our track record in dealing with motorcycle accident compensation claims means that we can deal with your case efficiently and secure the best possible result. 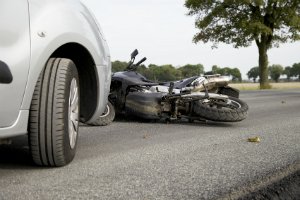 Motorcycling is unsurprisingly a very popular means of travel. In addition to its financial and time saving benefits, it can also be an exhilarating way to get around. Unfortunately, however, motorcyclists are amongst the most vulnerable of all road users. When involved in road traffic accidents, motorcyclists have little protection and can often suffer severe long-term injuries.

Our specialist team of solicitors have extensive experience in helping injured motorcyclists who have suffered the most serious injuries including head and brain injuries, spinal injuries, amputations, multiple broken limbs and fatalities. Get in touch with a member of the team today if you would like to discuss a claim.

What are the causes of motorbike accidents?

At Bolt Burdon Kemp, we have acted for injured motorcyclists involving a variety of scenarios including:

If the person that caused your accident could not be traced or was not insured, you may still be able to claim compensation from the Motor Insurers’ Bureau (MIB). All motor insurance policies contribute to this government fund, which covers hit and run accidents and also collisions caused by uninsured drivers.

If you are unfortunate enough to have been involved in a motorcycle accident, we would recommend that you take the following steps for the benefit of your rehabilitation and your potential claim:

We appreciate that where a serious injury has been suffered it won’t be possible for details to be obtained or photos to be taken. So we can gather this information for you.

Once we have notified the other party’s representatives of your claim, liability for the accident may subsequently be admitted. This means that the other party admits that they were responsible for the accident occurring. However, in the event that liability is disputed, we will gather together as much evidence concerning your claim as possible, such as CCTV footage, the police report and witness statements in order to prove your case.

Motorcyclists are legally obliged to wear a crash helmet. Failure to do so may result in the motorcyclist being found to have contributed to the subsequent injury, and this would generally mean an argument by the other driver for a reduction in compensation. Compensation may also be reduced where it is established that the motorcyclist’s helmet was incorrectly fastened.

Motorcycles have the ability to accelerate much faster than cars and they require a greater stopping distance. Therefore, partial fault may also be alleged where the collision occurred whilst the motorcyclist was travelling too fast. This may even be the case when the motorcyclist was travelling under the speed limit, but still too fast for the road conditions. For example, there may have been a sharp bend in the road or visibility may have been poor.

It may also be alleged that a motorcyclist contributed to an accident whilst overtaking stationary lines of traffic. Whilst motorcyclists are permitted to filter through slow moving traffic, they must look out for vehicles changing lanes or emerging from side roads.

It is our job to counter these arguments for you wherever possible so as to maximise your compensation. In the event that the opposition alleges that they were not at fault or that you were partially to blame for the accident, we will advise you accordingly and where possible we will counter the opposition’s allegations so that you still receive as much compensation as possible. We have frequently and robustly defended our clients against allegations of contributory negligence, with great success.

The types of compensation

There are various types of compensation that can be sought following a motorcycle accident. The ultimate aim will be to put you back into the position you would have been in had the accident not occurred.

We will instruct the appropriate medical experts to examine you and prepare medical evidence on the extent of your injuries, so that these can be valued. We will also work with you to calculate and gather together evidence of your financial losses:

We can assist you with claiming for a variety of types of compensation including:

Should you require treatment in order to assist you in your recovery, our specialist team of solicitors are skilled in obtaining early interim payments from the other side in order to fund any treatment required. We recognise the importance of early rehabilitation to help you recover from your injuries as soon as possible.

Below is a short summary of a motorcycle accident case we won for a client, to give you an idea of the types of claims we handle and the types of compensation we aim to secure:

Mr A was stationary on a motorbike at a set of traffic lights when the Defendant’s 4×4 vehicle came from behind and ran him over.  Mr A sustained orthopaedic injuries and was briefly concussed. Our client, Mr A claimed that, had it not been for the motorbike accident, his career would have progressed, eventually seeing him become a hedge fund manager and earning large sums in the city of London. We successfully argued his case, and the Defendant’s solicitors paid £1,250,000 in compensation along with interim payments. This meant Mr A’s total motorbike accident compensation was just over £1.28 million, plus legal costs.

While this is a real-life example of a case we successfully won for a client, remember that every case and circumstance is different. The amount you may receive in motorcycle accident compensation may be more or less than the amount we won for the client in this circumstance.

Our guide to protective gear for motorcyclists

I hesitated before deciding to write about Smart Motorways.  Like many topics nowadays, this subject transpires to be an incredibly polarising one and perhaps for…

The recent appeal in Lewis v Wandsworth London Borough Council, an occupier’s liability claim, brings into focus the delicate balance between the desirability of recreational…

Dependency claims: Who is eligible and what is it?

In a previous blog, I considered the bereavement award in fatal accident claims. In particular, I reviewed the value of the award, who would be…