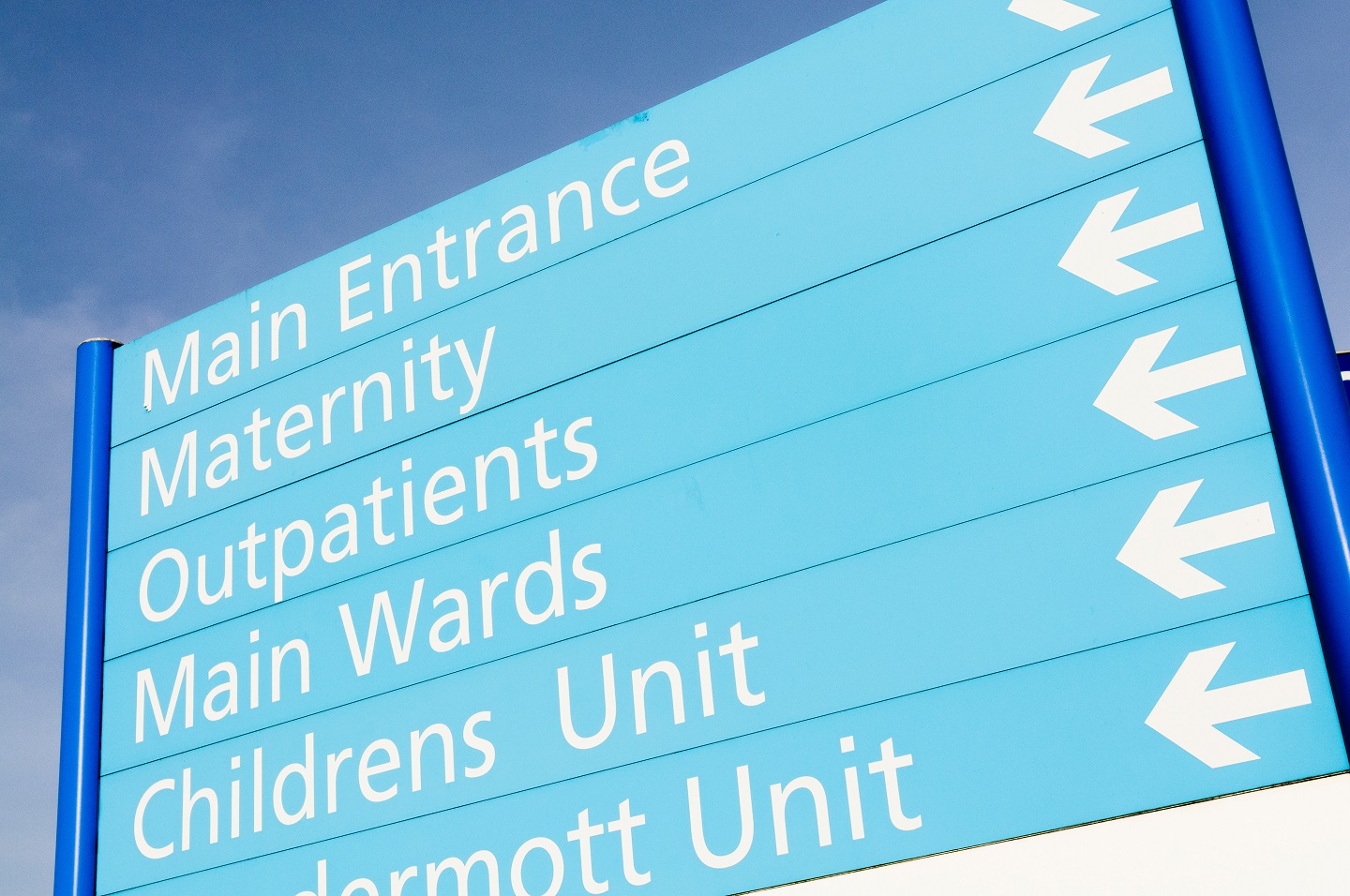 It is no secret that NHS maternity services have been embroiled in scandal for many years, causing significant concern for expectant mothers and families across the nation.

As I touched upon in my recent blog about Group B Streptococcus the standard of care offered by maternity services in the UK is a post code lottery, and there are significant deficiencies in care.  More than a third of Care Quality Commission ratings for maternity services are ‘requiring improvement’, which is larger than any other specialty (Source – Professor Ted Baker – reporting to the Health and Social Care Committee (HSCC) inquiry).

Whilst there have been a number of worrying scandals, since 2015 there have also been a huge number of inquiries, reports and recommendations on how maternity services in the UK can be improved.  The HSCC inquiry – July 2021 is the latest on that list.

My blog will focus on the key recommendations that have been made in the recent HSCC inquiry report, the government’s plans to implement them and my view on whether it is enough to adequately improve the standard of care provided by NHS maternity services.

This is a topic I care deeply about, as I have witnessed the devastation that is caused when childbirth goes wrong and a child is brain damaged as a result.  The impact is lifelong and far reaching, not just for the child but their entire family.  Because of this, I am hoping to see an urgent and drastic improvement in the safety of maternity services, to ensure that babies have the best chance of being born safely and avoiding harm.

The HSCC carried out a large scale inquiry into the safety of maternity care in England and published its report containing findings and recommendations on 6th July 2021.

The HSCC made 15 recommendations in their report, with the aim of improving NHS maternity care.  You can read the full government response, including the recommendations they rejected, here.  I will focus on the key recommendations which the Government has agreed to implement in full or in part.

The HSCC inquiry report recommends an increase of £200-£350m per annum with immediate effect, to be kept under close review with reference to midwifery workforce levels.  The Government is ‘considering’ this, but notes that NHS NHSEI are already investing £95.6m to target the three overarching themes identified in the first Ockenden Report (2020): workforce numbers, training and development programmes to support culture and leadership and strengthening board assurance and surveillance to identify issues earlier.  If, following their consideration, the government decides not to increase funding to the £200-£300m, maternity services are likely to remain underfunded.

Furthermore, a tool is being developed to calculate the number of obstetricians at all grades required locally and nationally to provide a safe maternity service within the wider workforce.

The report further recommends that the Department work with the Royal College of Obstetricians & Gynaecologists and Health Education England to consider how to deliver an adequate and sustainable level of obstetric training posts to enable trusts to deliver safe obstetric staffing over the years to come.  This work should also consider the anaesthetic workforce.

The Government accepts this, but the recommendation simply requires the government to consider ways to deliver an adequate level of training posts.  It does not seem to go any further than that and the government states that this is already being done.

In its report, the HSCC does highlight actual numbers of staff shortages.  Evidence submitted to the HSCC inquiry estimates that as a minimum, there need to be:

It seems to me that a more specific quantifiable recommendation would have been more appropriate here, given that such specific estimates are available in the report.  The concern with loose recommendations is that it can be quite easy to appear to be working towards it without making much real progress.  The government does confirm that a significant proportion of the £95.6 million NHSEI investment will be used to ‘support’ the recruitment of 1,200 additional midwives and 100 consultant obstetricians, although, this does fall far short of the estimates set out in the report.

The HSCC report recommends the medical regulators (the General Medical Council and the Nursing and Midwifery Council) consider what changes are required to their remits or working practices to reduce the fear clinicians have of their regulators and allow them to open up more when mistakes are made.

The CQC’s Chief Inspector of Hospitals reported evidence of a ‘defensive culture’, ‘dysfunctional teams’ and ‘safety lessons not learned’ to the HSCC inquiry.  It is easy to see how this type of culture can stunt strives towards learning and improvement of patient safety.

This recommendation from the HSCC is very important, with potentially far reaching benefits.  It is one of the recommendations which is more of a responsive than preventative step, but essential to progress.  Everyone makes mistakes at points in their lives, but in the realm of medicine –especially in maternity care – mistakes can be catastrophic and/or fatal.

Transparency, accountability and encouraging an environment in which mistakes are considered as learning opportunities helps the staff to avoid the same mistakes in future, by identifying mistakes, considering learning points and holes in training and implementing relevant training.  However, according to NMC surveys (discussed more below), staff appear to think that the main reason why maternity care is unsafe is because there is a lack of staff.

The Government welcomes this recommendation but also says that numerous steps have already been taken by the GMC and NMC, including a falling number of clinical error cases being brought before Tribunals and the development of guidance and resources to support medical staff to raise and act on concerns when things go wrong.  However, these measures were implemented prior to the HSCC inquiry and report and there still appears to be a significant cultural problem to address.

Continuity of carer means women see the same midwife throughout their pregnancy, with those midwives on call when they go into labour.  This model is being rolled out by NHS England to hospitals across England and all women are supposed to be offered the service by 2023.  This method, if executed correctly, with the correct resources, has amazing potential to provide a tailored experience for expectant mothers, thus reducing risk of harm to mum and baby. Imperative to the smooth running of this method is adequate staffing, as midwives are assigned to a number of expectant mothers and expected to be available to each mother throughout their pregnancy and at the time of labour.

This is something that has been touched upon previously by my colleague, Felicity Cottle, in her blog about Worcestershire Royal Hospital.  The CQC in that instance found that this model of care left the maternity unit short-staffed, meaning that the women on the wards had a smaller team of midwives available to provide care to them.

The inquiry recommends that those involved in this model receive appropriate training and are competent in all areas that they work in, particularly in relation to black mothers where the disparities in care are the greatest.

As the government states in its response, adequate staffing is a pre-requisite for patient safety.  Whilst the HSCC report sets out an estimate of how many midwives and obstetricians are required to fill the gap in staffing numbers, the recommendations made do not specifically refer to this or a timeline in which they should be hired.  Similarly, the government response does not provide tangible goals to reach on staffing numbers.  It appears to be more of a best endeavours approach to resolving the issues.  This means that ultimately, after considering the need for an increase in staff, staffing numbers could stay the same.  Worryingly, this might be because there just are not enough potential maternity staff available to fill these positions.  How can positions be filled when the candidates are not there?

After the Brexit referendum, between April 2017 and March 2018, 3964 people from the EU left the UK Nursing and Midwifery register (‘the register’).  Over the same period, only 805 EU midwives and nurses joined the register compared with 6382 the year before – a drop of 87%.  This has certainly contributed to the fall in numbers.

The Nursing and Midwifery Council (NMC) surveyed 3496 people who left the register between June and November 2017 to find out their reasons for leaving and found that EU midwives and nurses cited leaving the UK and Brexit as their top reasons.

Whilst there was some hope that numbers of UK and international maternity staff numbers were starting to rise steadily again post Brexit, there is now grave concerns of a ‘midwife exodus’ as results of the NMC member experience survey show that:

I wholeheartedly agree with the government in their response to the inquiry report where they say that appropriate staffing numbers is a prerequisite for patient safety.  Above all else, I believe it is the most important factor in improving patient safety and preventing fatal or life changing mistakes (when coupled with adequate training).

Ultimately, I believe that the absolute focus and bulk of resources distribution should be on increasing numbers of maternity staff.  This issue seems to be of concern to the current midwifery staff, and appears to be the foundation upon which most other issues seem to stem.  I would have liked to see firmer and clearer confirmation in the report recommendations and from the government that this is a priority and should be treated as such with absolute urgency.  In the absence of that, I remain concerned that maternity services will not improve.

Before reading the HSCC report and the government response in depth, I felt optimistic about the safety of maternity services improving.  Now, I wonder just how many more inquiries and reports will need to be written before the extent of the NHS maternity crisis is given the attention and help it so desperately needs. 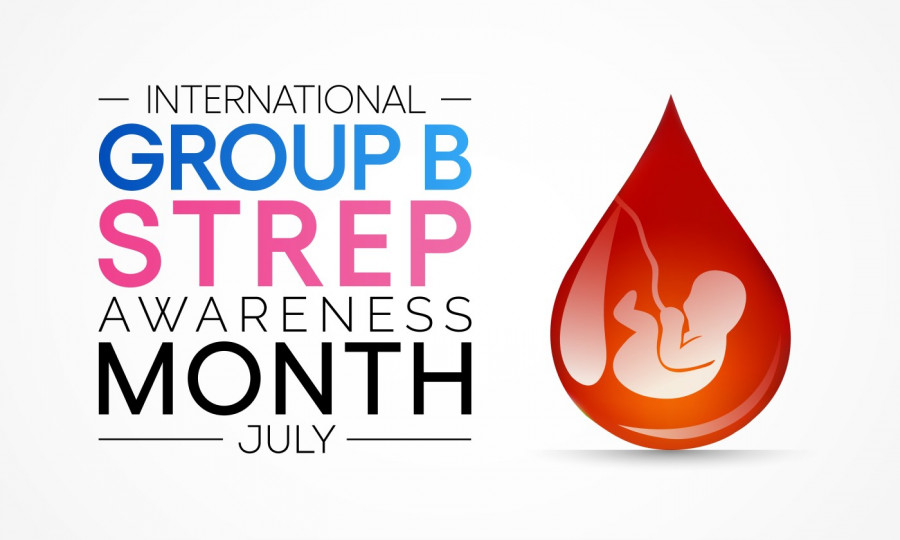 Did you know that a stroke can occur at any age?  Before joining the Child Brain Injury team at Bolt Burdon Kemp, I had only…