Smart motorways – A ‘smart’ solution or a danger to road users?

Smart motorways were introduced in the UK in 2006.  In recent times there has been much debate over the issue of their safety.  Within this blog I will explore what smart motorways are, how they should be used, the potential dangers they create and what to do if you break down or are involved in a collision whilst using one.

What are smart motorways?

Smart motorways are sections of motorway that use technology to read the traffic flow.  When the roads become busy, the speed limit is changed.  This variable speed limit is shown on the digital gantry signs above the lanes.

Also, some smart motorways use the hard shoulder for traffic permanently or temporarily during busier times.  Where the full width of the road is used there are refuge areas located at intervals along the motorway with an emergency telephone.

The aim of the variable speed limit and the use of the hard shoulder is to control the flow of traffic and reduce congestion in busy areas.

Smart motorways were formally referred to as ‘managed motorways’.  The term ‘smart motorway’ was introduced in 2013 by the Highways Agency (now Highways England) to promote the technology to road users.

How to use smart motorways?

The Government has guidance on its website about how to drive safely and legally on England’s smart motorways.

When using a smart motorway the driver should pay attention to the gantry signs and stick to the speed limit.  Speed cameras are often utilised and if you are caught exceeding the speed limit you’ll face a fine.  It is national speed limit unless otherwise stated.

Drivers should also never drive in a lane marked by a red “X” overhead and where a dynamic hard shoulder is in operation, it should only be used when directed, for example, during congestion.

How can smart motorways be dangerous?

Smart motorways have been criticised for not having a hard shoulder.  There are concerns that drivers are struggling to find one of the safe refuges and are being left dangerously stranded after breaking down or following a collision.

With no hard shoulder, emergency laybys are arranged sporadically along smart motorways.  The stretches of road in between those laybys have been dubbed ‘death zones’.  Between 2015 and the beginning of 2020, 38 people have died on smart motorways.  This number is considered high as smart motorways only make up a small proportion of England’s roads.

A Freedom of Information request sent by Panorama to Highways England revealed that the number of near misses on a section of the M25 had risen over 20 fold since the hard shoulder was removed in April 2014.  A “near miss” is counted every time there is an incident with “the potential to cause injury or ill health”.

The number of deaths and near misses on smart motorways has sparked much concern amongst road safety campaigners.

What to do if you breakdown on a smart motorway

The Government has also issued guidance on what to do if you breakdown on a smart motorway.

If there is no hard shoulder, you should try to get to an emergency refuge area.  Once there, you should turn on your hazards and use the SOS phone to call for help and then stand behind the barrier.

If you can’t safely reach a refuge area and it is not safe to get out, you should stay in the car, keep your seatbelt and hazard lights on and call 999.

If you are involved in a collision on a smart motorway, you should follow the same steps as you would do if you had broken down.  If you or a loved one has suffered an injury, of course your first priority will be to seek the appropriate treatment by calling an ambulance or attending A&E.

Whilst not having a hard shoulder on smart motorways can leave drivers vulnerable after breaking down, it is likely that the cause of any subsequent collision will be due to other drivers failing to notice the presence of a broken down vehicle in the road.  By not paying sufficient attention, drivers may fail to allow themselves enough time to break so as to avoid colliding with a broken down vehicle.

The facts surrounding a road collision, particularly those that occur on smart motorways, can be complex and the distribution of blame is not always clear-cut.  Victims of road crashes may suffer life changing injuries and substantial financial losses.  Should they wish to claim for those injuries and losses they should seek appropriate legal advice from a specialist solicitor. 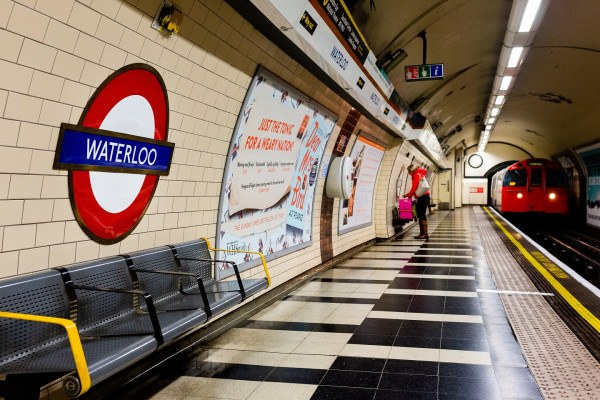 Accident Claims
48 mile challenge in aid of the Limbless Association

We at Bolt Burdon Kemp are once again embarking upon another daring sponsored event in aid of one of our fantastic charity partners, the Limbless…