Childhood Stroke – What parents should know

Did you know that a stroke can occur at any age?  Before joining the Child Brain Injury team at Bolt Burdon Kemp, I had only heard and read about stroke affecting older adults.  Shockingly, over 400 children suffer a stroke every year in the UK (Stroke Association, 2019).  Stroke can have a life-changing and devastating impact at any age, causing brain damage and long term impairments.

As a trainee solicitor in the Child Brain Injury team, I have been working with children affected by stroke and their families.  As is also the case with adults, the quicker a stroke in a child is diagnosed, treated and preventative steps taken to reduce the risk of recurrence, the less damage stroke is likely to cause to the brain.  Sadly, we have worked with a number of children where symptoms of stroke were missed or misinterpreted, and treatment was not started until irreversible damage had already been done to the child’s brain.

Having worked with children affected by stroke, I feel passionate about raising awareness in the hope that the symptoms of childhood stroke will be spotted and treated early, so we will see far fewer cases of children suffering long term brain damage due to stroke.

What is a stroke?

According to the Stroke Association, a stroke is a brain attack which happens when the blood supply to part of the brain is cut off, killing brain cells.  There are a number of different types of stroke, which range from being short and minor with very little impact (mini-stroke) to fatal, and anywhere in between.  If left untreated, a stroke is likely to cause damage to the brain.

Stroke can cause a number of different impairments, depending on which part or parts of the brain are affected.  Impairments can range from mildly to severely disabling, depending on how much damage the stroke caused.

Commonly, we see children with the following impairments:

What parents need to look out for

Most people are aware of the NHS guidance on spotting a stroke – act FAST (Face, Arms, Speech and Time).  This is an abbreviation for checking the three most common signs and symptoms of stroke and what to do if you see them.

There are also a number of other symptoms suggestive of stroke, which may not be as well known and differ depending on age.

Common symptoms in infants include:

Common symptoms in children and teenagers include:

It is important to be aware that anyone can suffer a stroke, from infancy to old age.

The common signs and symptoms for a child suffering a mini-stroke are the same as a stroke, but last for a shorter period of time and can appear to have resolved themselves without treatment.  However, it is very important for a parent to spot the signs of a mini-stroke, because having a mini-stroke leaves a child more vulnerable to having a more serious stroke in future.  It is therefore vital that treatment is given urgently, to reduce the chances of the child having a more catastrophic stroke in the future.

My colleague, Claudia Hillemand, writes about mini-strokes in more detail here.  She provides helpful advice on what should be done following a mini-stroke, including how it should be managed by medical staff to reduce the risk of future stroke.

Claudia also talks briefly about one of our clients, a 16 year old boy, whose mini-stroke was mistaken by medical staff with the effects of drug use.

We are currently working with a number of children whose symptoms were missed by emergency department medical staff, meaning that they were not quickly diagnosed or treated and sadly sustained lasting brain damage.

Despite raised awareness of the fact that children can suffer stroke, symptoms of stroke are still being missed by medical staff, and the consequences are devastating.  In light of this issue, we have set out some guidance below on what you should do if your child is exhibiting the symptoms of stroke.

What should you do?

If you suspect that your child might be suffering with a mini-stroke or stroke, call 999 immediately and request an ambulance.

Inform the 999 operator and the paramedic (on arrival) that you think your child may be having a stroke and describe the symptoms you have witnessed.

Once you arrive at hospital, your child should be referred immediately for physical and neurological tests including:

These tests and scans are used to diagnose or rule out stroke as the cause.

According to NHS guidance, everyone with suspected stroke should have a brain scan within 1 hour of arriving at hospital.

If the doctor reviewing your child does not refer them for brain scans, you should ask the doctor to do this, or ask why it isn’t being done.  It is crucial that these scans take place as a matter of urgency.  The most important thing is that a stroke is diagnosed quickly so treatment can be given.

Once a stroke is diagnosed, the medical team should begin treating it immediately.  There are a number of different treatments available and the type of treatment chosen will depend on a number of factors including the child’s age, the type of symptoms they have and whether they have any underlying conditions.

How can we help?

Bolt Burdon Kemp is a leading catastrophic injury firm, with a dedicated and specialist Child Brain Injury team.  We work exclusively for children who have suffered brain injury due to medical negligence and personal injury.

Specifically in relation to stroke, we pursue medical negligence claims on behalf of children whose symptoms were missed or misdiagnosed or where an unacceptable delay in treatment resulted in brain injury or a further stroke.  We also pursue claims involving children who have suffered brain injury because their stroke treatment and management fell below an acceptable standard.

We investigate whether medical negligence may have occurred and seek compensation to fund things such as specialist therapies, treatment, care, accommodation, equipment and other items which may be required to help a brain-injured child to fulfil their potential and to flourish.  Sadly, we often see cases where conditions have not been diagnosed and treated quickly or at all and we want to help. 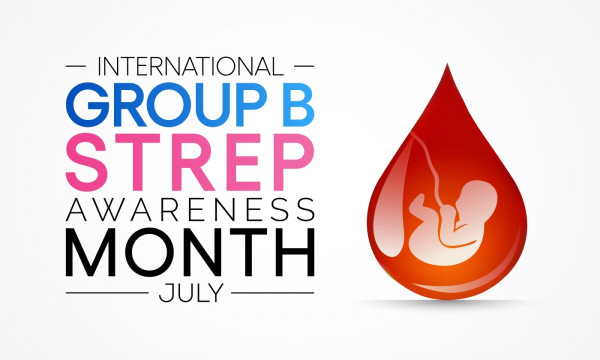 Brain Injury
The Peaky Climbers take on the 6 Peak Challenge

Suggested by Ben Pepper, a solicitor in our complex injury team, the Six Peaks seemed a spectacular challenge to get involved with.  After all, it…