AI and Automation in Medicine – what does the future hold?

Artificial Intelligence and automated technology is all around us, from driverless cars to airplane autopilots.  It was only a matter of time before it became integrated into healthcare and medicine, with the ‘Da Vinci surgical system’ being a great example of its use.  This equipment allows a minimally invasive surgical approach controlled by a surgeon from a console which is now commonly seen in the UK.  It is often used for prostatectomies, cardiac valve repair and gynaecological surgical procedures.

Whilst its influence is so far relatively modest, we can already see it being utilised across different medical practices.  For example, in the detection of diabetic retinopathy (a complication of diabetes, caused by high blood sugar levels damaging the back of the eye) artificial intelligence is being used to assess retinal images without the necessity for a human grader.  Other examples being developed include AI’s ability to interpret big data and predict potential complications with new drug combinations in particular patients.

What could be done moving forward?

There are a number of potential opportunities for AI and robotic-assisted technology to be integrated further into advanced surgical procedures.

Some of the anticipated benefits include allowing surgeons to have a greater degree of precision and control than is achievable by hand even whilst sitting at a console away from a patient.  The technology also means that the surgeons can view details closely, up to 10x magnification with ultra-high resolution pictures.  Finally, by utilising robotics, it is expected that it will also improve a surgeon’s dexterity when performing tasks such as suturing, in comparison to current methods.

Another of the notable benefits of having robotic-assisted technology is that surgical incisions are likely to be more precise and therefore less invasive.  In turn this is likely to reduce blood loss, and in turn lower the risk of infection and ultimately, mean less time in hospital for patients and ease pressure on beds for healthcare providers.

Given the current global situation surrounding Coronavirus and the resultant strain on the NHS, saving costs and resources is going to be paramount moving forward.  The use of AI and automated technology, correctly implemented and regulated, will allow for the costs of surgeries to be minimised and enable resources to be distributed more evenly.

The obvious drawback associated with the wider implementation of AI and automated system technology is the initial capital outlay.  Second to that is the process of training staff and instilling functional safety procedures to ensure its effectiveness.  The training will need to be very detailed and precise given the complicated nature of the equipment and the high stakes if something goes wrong.

As there is currently limited research into its efficiency, use and long term benefits, it could be a big risk for the NHS to invest heavily in the area, especially during a time where resources are likely to be strained for the foreseeable future due to COVID-19.

There are also risks associated with ground-breaking technology generally, which we encounter in daily life.  However, placed in a healthcare setting such as a surgical procedure, the impact could be fatal.  Taking the example of robot-assisted surgery, some of the more obvious concerns include:-

The current approach to liability for medical accidents is found within the law of torts, under negligence.  The long established principle of responsibility is often referred to as the ‘Bolam Test’: “If a doctor reaches the standard of a responsible body of medical opinion, he is not negligent”.  But how does this test fit in a world of AI and robots?  If robot-assisted technology became more common place in medical procedures, the question needs to be asked whether this test will (or can) still apply, and furthermore who will be the ‘responsible body’?

Where errors are made in a healthcare setting whereby either AI or robotics are involved, other considerations might include:

The biggest concern for injured Claimants will be whether a more complex delivery of treatment could mean the potential for more complex, multi-party and expensive litigation when things do occasionally go wrong.

The NHS has formed a research body ‘NHSX’ which has a dedicated AI programme team.

Taken from their website “NHSX is leading the largest digital health and social care transformation programme in the world. With investment of more than £1 billion a year nationally and a significant additional spend locally, NHSX has been created to give staff and citizens the technology they need”.  There are also further references to ‘radical innovation’ and supporting the use of emerging technology.

Whilst there is limited information available about current projects, NHSX is at least demonstrating a step in the direction of integrating further technology into medical practices.   They have even created the ‘Artificial Intelligence Award’ which made £140 million available over 3 years to accelerate testing and evaluation of the most promising AI technologies that will meet the NHS’ long term plan.

To get an idea of what kind of areas they will be looking to develop, the NHS website provides a number of examples:

What does the future hold for AI and automated systems in healthcare?

It is very difficult to predict what the future will hold in terms of integrating assisted technology in the world of medicine.  Robotic-assisted surgery, for example, is not yet demonstrating a proven cost or time saving but that is expected to change as experience increases, costs are driven down and more data becomes available.

Given the Coronavirus pandemic, any additional funding or resource available for furthering this goal may have been halted or diverted in order to prioritise other areas of the NHS.  However, the increased use and development of AI and automated systems is very unlikely to be curtailed in the longer term.

What we can say is that with this technology emerging there is a need for robust guidance and legislation to accompany it.  This may also mean a change in current guidelines surrounding medical practice and safety standards to ensure that the risks are minimised as much as possible.  There is also likely to be a reform of existing insurance models to include cover for procedures undertaken using AI or robotic systems, which carry inherent risks.

From a legal point of view there will be a great deal of interest as to who holds responsibility for the actions or faults of any defective equipment or systems. 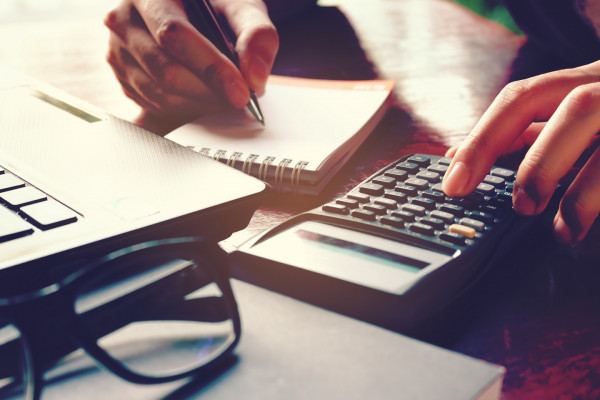 As I am sure many practitioners will already be aware, on 6th April 2021 Practice Direction 1A came into force, providing a welcome change to…

I explore an innovative concept and the benefits underpinning sensory integration theories, with brain injured children in mind. Spargoland – the ‘sensory salon’ Based in…