When we think about female reproductive health, the gender pay gap might not be the first thing to come to mind. But, consider these three facts:

These facts combined paint a sorry picture about the how we deal with women’s health. While earning less than their male counterparts, women are having to fork out more for similar products, and still face ill health at disproportionate levels. 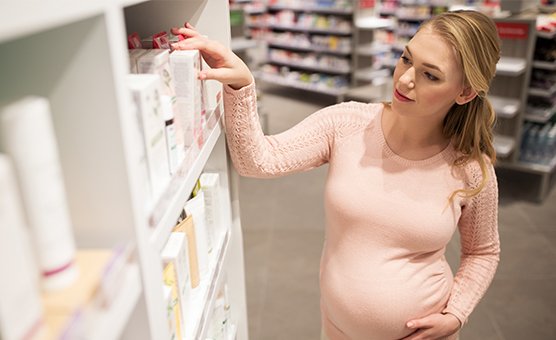 So, how much are women spending?

Some of the products we asked about included creams and pessaries for infections and STIs, sanitary and incontinence products, general sexual health products, contraceptives (including condoms), supplements designed to boost reproductive health and products relating to menopause.

We found that, on average, women spend £372.36 per year on products related to reproduction– around £31.03 per month. We also found that they tend to spend more on everyday essentials – such as sanitary products, painkillers and intimate hygiene and grooming products – compared to men. Consultant gynaecologist Dr Anne Henderson concurs, stating that, in her experience, “women spend more than men on their reproductive health as well as their health overall.”

Younger generations are more health-conscious than older ones

This echoes what Dr Henderson has observed in her practice: “There’s been a sea change in the way young women approach their health,” she says, adding that “millennials spend more money on their health. Gym memberships are rocketing and smoking and drinking rates are going down.”

“That said,” says Dr Henderson, “older women are putting more and more of their money towards complementary therapies such as osteopaths, chiropractors, physiotherapists or medical herbalists.”

How do women fare at the doctors?

Our survey also found that almost 3 in 5 Brits (58%) haven’t been to the doctor for their reproductive health in the past five years – despite cervical screenings and prostate exams being a routine, regular requirement for our medical wellbeing.

Considering we also found that more women than men say they are too busy at work or too busy taking care of their family or children to see a doctor, it’s fair to say that many women in the UK are living with unresolved reproductive issues for much longer than they need to.

Mistakes made in reproductive care could be disastrous. With our research uncovering that women are more likely than men to stop seeking medical treatment even if their issues have not been resolved, getting adequate, in-depth care from doctors that leaves them feeling reassured is paramount for women’s health and wellbeing.

Find out more about how women feel about their reproductive health in our article.

The research was conducted by Censuswide between 22.05.2019 – 28.05.2019, with 2,008 general respondents aged 16+ in the UK. The survey was conducted from a nationally representative sample of UK adults. Quotas were applied to nationally representative proportions for age, gender and region. Censuswide abide by and employ members of the Market Research Society which is based on the ESOMAR principles. All statistics with an asterisk have been obtained through this research.

Dr Anne Henderson has been a Consultant Gynaecologist within the NHS and private sectors for 15 years. In this time, she has extolled the virtues of consultant-led care, offering patients complete continuity of care as well as the expertise and experience offered by the extensive training undergone by UK consultants. She is a strong advocate for multi-disciplinary care, including complementary therapies, herbal therapies and nutritional support through her private practice. She is the founder of Gynae-Expert, using her clinical expertise and extensive training to inform, guide and advice patients to help them lead healthy, happy, active lives.