How a Vitamin B1 deficiency can lead to brain injury

Our brains depend on a precise levels of vitamins, minerals and fatty acids to function normally.

A simple Vitamin B1 (thiamine deficiency) can become so severe that it can affect the brain, leading to Wernicke’s encephalopathy.

Wernicke’s encephalopathy is often misdiagnosed or underdiagnosed which causes a delay in essential treatment to help the brain to recover.

At Bolt Burdon Kemp we have experience of working with individuals that have unfortunately suffered this complex condition.

What is Wernicke’s encephalopathy?

Vitamin B1 is not produced in our bodies, but it’s absorbed from the food we eat.  It helps to break down the food we eat into energy, which helps our nervous system to operate.  It also forms part of the structure of blood vessels.

Malnourishment or high alcohol consumption (or both together) can affect the body’s Vitamin B1 absorption.

This reduced absorption can affect the structure of the blood vessels in the brain, causing bleeds.  This is known as Wernicke’s encephalopathy.

Wernicke’s encephalopathy can also develop following gastric surgery for morbid obesity, after which people can experience nausea and vomiting, leading to massive weight loss and malnutrition.

This was the case recently for Kylie Nicole, who suffered intense vomiting and norovirus following a gastric bypass.  She developed a duodenal ulcer and was therefore kept her off normal foods for longer than usual, to the point where she developed a severe Vitamin B1 deficiency.  A CT scan confirmed the changes in her brain.

As the consequences of Wernicke’s encephalopathy can be severe, in all cases, it’s important to spot the signs and symptoms.

The symptoms for Wernicke’s encephalopathy are wide-ranging. These include:

Sometimes, only one or two of these symptoms can be present.  In our experience, it can take a while for medical professionals to spot this condition.

What treatment is given?

It’s well known that immediate treatment is essential if Wernicke’s encephalopathy is suspected.

Treatment involves high doses of thiamine (and other B vitamins).  If treatment is given in good time, most symptoms can be reversed in a few days.

However if Wernicke’s encephalopathy is left untreated or if it is not treated on time, it can it lead to:

What is Korsakoff’s syndrome?

Korsakoff’s syndrome is where damage occurs to the vital brain cells in the middle part of the brain, again due to a thiamine deficiency.

Whereas Wernicke’s encephalopathy comes on quickly, with Korsakoff’s syndrome the damage happens more slowly.  A tell-tale sign is loss of short-term memory.

The symptoms are often dementia-like, causing problems with short-term memory and speech.  It can also cause people to make up inaccurate information they can’t remember, but believe is true, and can cause visual and auditory hallucinations.

Korsakoff’s syndrome sometimes follows Wernicke’s encephalopathy, but it’s not always the case.  Because of the close relationship between the conditions, the disorder is often referred to as the Wernicke–Korsakoff syndrome.

Although the condition can be treated, the success of treatment depends on the degree of damage done to the brain and sometimes the damage is irreversible.  This is why it’s really important to diagnose and treat this quickly.

Why are these conditions misdiagnosed?

As there are no specific lab tests to measure thiamine deficiency, it must be diagnosed by a medical professional who spots the telling signs and symptoms.

In our experience, as some of the symptoms can be mistaken for other conditions, diagnosis can be delayed.

In addition, people suffering from alcoholism can sometimes present to medical professionals as intoxicated or in a state of withdrawal, which can also mask the symptoms leading to a delay in essential treatment.

For this reason, the guidelines make clear that doctors should maintain a high level of suspicion for the possibility of Wernicke’s encephalopathy, particularly if the person is intoxicated.  Often an indicator that the condition is developing is when someone appears more intoxicated they actually are.

The reality is that Wernicke’s encephalopathy is often under-diagnosed and under-treated.

In our experience, as with many conditions affecting the brain, the greater the degree of damage, the more severe the consequences.

Whilst these conditions are not particularly common, medical professionals need to spot the conditions quickly, to ensure timely treatment and to avoid irreversible damage to the brain. 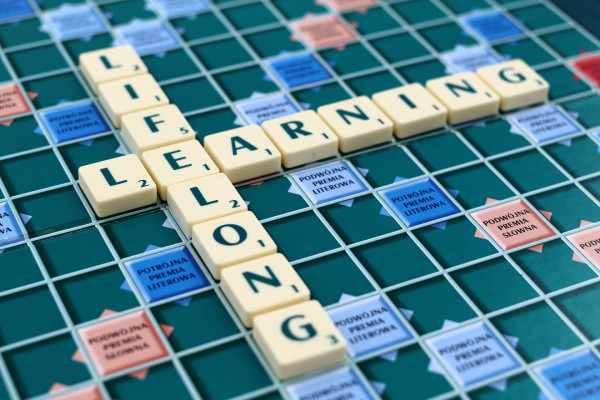 When I penned my first blog on what it was like to volunteer back at the start of the pandemic, I had no idea that…

Scientists at Aston, Birmingham and Wolverhampton University in partnership with teams across the world have found that a schizophrenia drug, TFP, may significantly reduce swelling…

A couple of months before the UK was plunged into the COVID-19 lockdown restrictions, I started volunteering for my local branch of Headway – Milton…