The effects of damage to the brain

The brain is undoubtedly the most remarkable part of the human body. It is an intensely complex network; a supercomputer that controls all aspects of the way we live.

The activities that we perform on a day-to-day basis are controlled by different areas of the brain. The six main parts of the brain are:

Injuries to the brain can cause life altering problems. The extent of those problems depends on the severity of the injury and the areas of the brain that have suffered trauma. Brain scans that indicate damage to a particular region are often associated with particular functioning issues.

The brain’s frontal lobe is located behind the forehead. It is one of the most commonly injured regions of the brain.

The frontal lobe controls our executive functioning. In other words, our ability to plan, weigh up decisions and respond to our environment. It is also responsible for our behaviour and emotions. It’s where our personality comes from.

Damage to this part of the brain can have severe consequences. The injured person’s attention span may decrease. They could also experience difficulties in making decisions and problem solving.

Frontal lobe damage might also result in a change in personality and emotions. Injured individuals may struggle to express themselves, lose their inhibitions or find it difficult to empathise with others. They have been known to swear and act inappropriately. This can have a huge impact on personal relationships with friends and family, and indeed society.

The temporal lobe is found behind the temples. Its function mainly concerns hearing and selective listening. It processes auditory information received from the ears. Without the temporal lobe we would not be able to understand speech. It also helps us retain memories and categorise what we see.

When the temporal lobe becomes damaged, this can result in difficulties understanding spoken words and recognising faces.
The injured individuals may also have problems with selective attention and with finding, identifying and categorising objects. They have also been known to talk persistently, act aggressively or experience changes in sexual behaviour.

The parietal lobe is located at the top of the brain towards the back. It has some very specific purposes and takes us into a higher level of functioning.

Sensory information to do with taste, temperature and touch is all processed here.

Damage to the parietal lobe can result in a lack of awareness of surrounding space. Problems may also arise with processing and understanding tactile sensations, for example, what the brain thinks the fingers are touching.

The injured person may have difficulty naming objects. They may struggle to distinguish between their left and their right and suffer loss of hand and eye coordination. Also, their academic skills and cognitive ability may deteriorate.

The occipital lobe is found at the lower, back part of the brain. It is responsible for processing visual information from the eyes.

Similar to the way in which the temporal lobe processes sound from our ears, the occipital lobe makes sense of what our eyes are seeing.

If our occipital lobe was injured, we would not be able to correctly process visual signals. Therefore, people who have occipital lobe damage can experience vision defects such as loss of visual field, problems locating objects or identifying colours, distorted vision, hallucinations, slowed processing of visual information and difficulty reading and writing.

The cerebellum is located at the rear base of the brain, at the top of the spinal column. It is responsible for balance and coordination of voluntary movement. Such movements include everything from walking to writing.

People who have suffered damage to their cerebellum may struggle to keep their balance or control their posture.

An injured cerebellum can also cause problems in maintaining proper muscle coordination. Therefore, the individual could lose their ability to control fine movements or reach out and grab objects. People have also been known to suffer tremors, dizziness and slurred speech.

Finally, the brain stem, is located deep inside the brain. It leads down to the spinal cord and manages a large number of our body’s functions, which allow us to survive as humans.

The brain stem controls our reflexes to what we see and hear. It also controls some of our body’s involuntary functions such as sweating, blood pressure, digestion and temperature. It is also responsible for our ability to sleep, our level of alertness and our sense of balance.

When the brain stem becomes injured our heart and breathing rates may be affected. Problems with balance and movement can also be experienced, as well as a feeling of dizziness and nausea. Individuals might also suffer with sleeping difficulties.

The brain controls so many aspects of our emotional and physical lives. It helps with everything from processing and retaining information to regulating our body temperature. Its incredible functions should never be taken for granted, as damage to the brain can have catastrophic consequences.

There is still so much to learn about the way in which the brain works. However, science and medicine have come a long way in recent years. Only by understanding the complexities of brain injury and the effects it has, can we appropriately treat, support and compensate brain injury survivors. 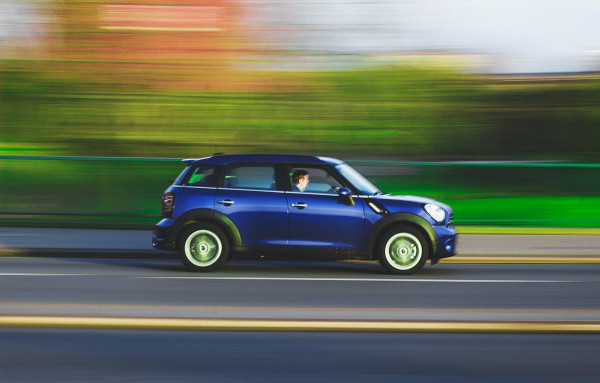