I specialise in claims relating to child brain injury and was recently fascinated to hear that a new blood test can detect serious brain injuries.

There are several different causes of brain injuries, including:

Brain injury is the leading cause of death and disability in young people.1

To diagnose brain injuries children are sent for scans. It can take hours for a brain injury to be detected. This delay can lead to patients’ conditions deteriorating and in the worst case scenario fatalities.

Often people who suffer brain injuries might appear to be fine; they can be acting normally despite being seriously injured. A brain injury is not blatantly obvious in the same way as a physical injury, such as a broken arm or leg. Sometimes what changes is the way people think and feel, how they talk and relate to others, how their memory functions and the way in which they experience the world.

Symptoms of a brain injury vary from person to person and they might include:

These symptoms can sometimes be missed by doctors. Symptoms of brain injury are also hard to pick up in toddlers and babies, who are unable to articulate their symptoms in the same way as adults.

CT scans reveal whether a head injury has caused bleeding in the brain but do not indicate whether the brain cells themselves have been injured. Damage to the brain cells can happen without bleeding.

What the test could achieve

This blood test for brain injury developed by researchers in Birmingham could:

How does the test work?

A small drop of blood is placed on a silicon and gold chip and then it is placed in a special detector for analysis.3 The test looks for tiny amounts of chemicals that are produced when the brain is injured.

Discovered by the University of Birmingham and the Queen Elizabeth Hospital, researchers have carried out the tests using blood from real patients. They confirm that the test accurately detects those patients with injury to their brain and those who are not injured.

The current prototype detector is quite a cumbersome piece of equipment. The researchers aim to reduce its size by half so in the future it could be carried by an ambulance crew and used at the scene of an accident. At the moment there is no equipment for paramedics can use that will determine whether someone has had a serious brain injury.

Following further development it is hoped that the detector can be reduced to the size of a briefcase. It would therefore be easy to keep at sports grounds or in army vehicles in combat.

When can we hope to see the test being used?

Alta Innovations Limited, a company set up by the University of Birmingham to get promising research such as this to the market, hopes that a real detector could be on sale in 3 years4.

This is a hugely promising development; it is vital to diagnose brain injuries early to help achieve the best possible outcome, ensuring that treatment and rehabilitation can be offered as soon as possible to help those with brain injuries. 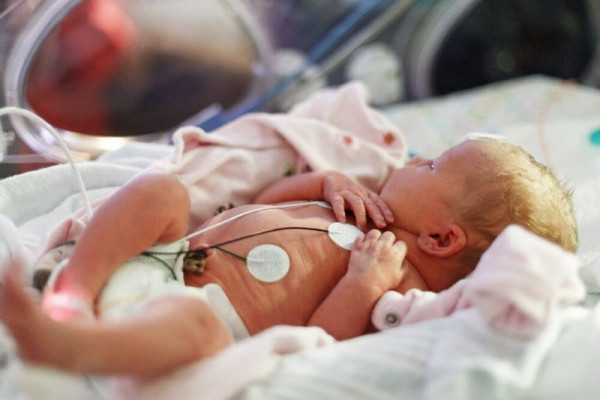