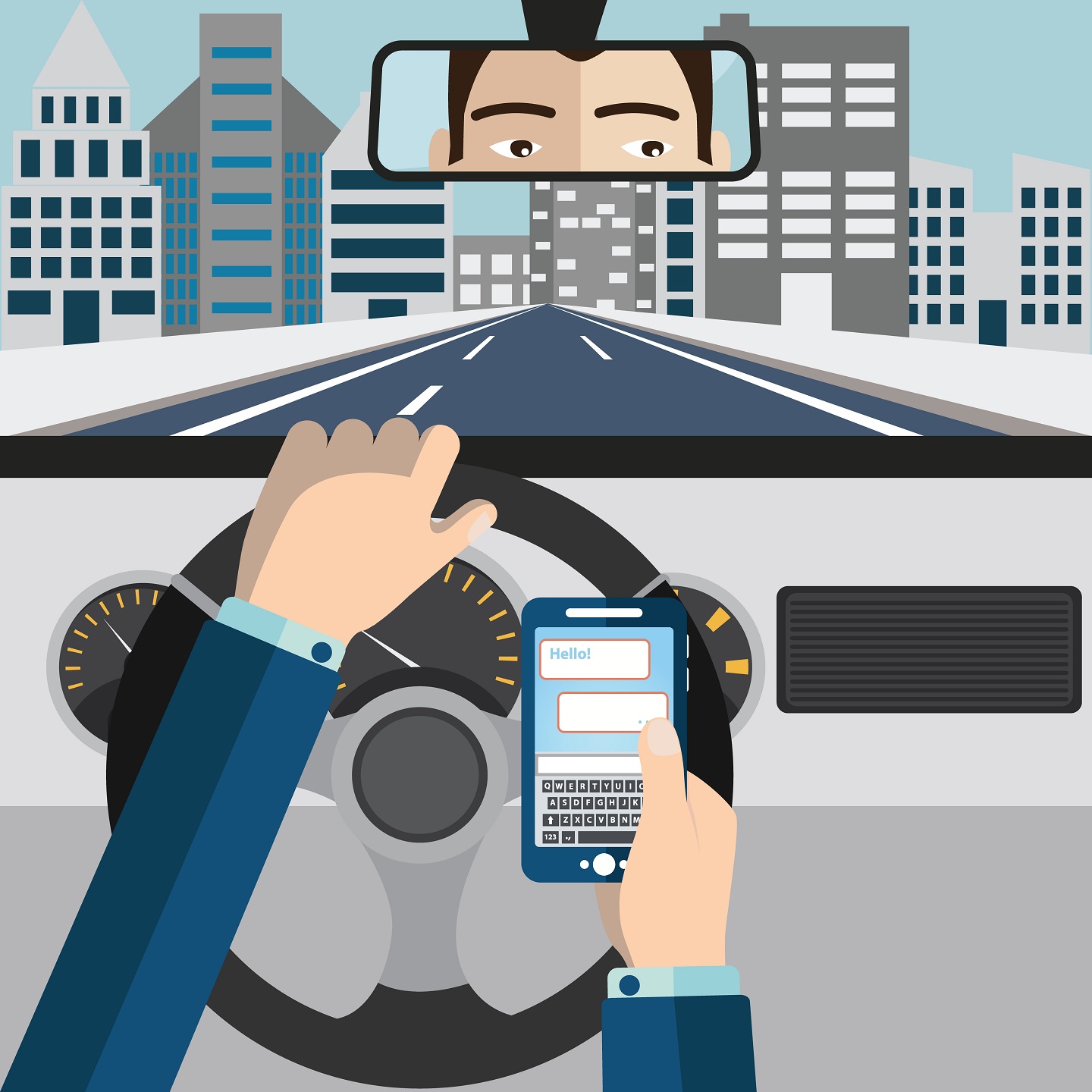 Are you Driving Legally?

Right now there are more vehicles on the road than ever.  Traffic has risen sharply on neighbourhood streets because of sat-nav technology.  Active travel (e.g. walking and cycling) is on the rise.  E-scooters are ubiquitous. It’s the responsibility of drivers to ensure we all stay safe.  After all they are the ones in control of a potentially lethal weapon.

On social media and the press, the narrative divides road users into tribes (drivers, cyclists, pedestrians) and pits us against each other.  This is harmful and prevents us working together to stop people getting hurt.  In reality there no divides.  Drivers cycle.  Pedestrians drive.  If your child is hit by a car, chances are you’ll be driving to the hospital.

I write this blog because of a comment on Twitter from an eminently sensible person, who queried whether a car driver they saw thought they didn’t need to give way to an e-scooter because their use is illegal.  If that was your only excuse for hitting an e-scooter, a judge will very quickly find you liable for the collision.

The comment on Twitter got me thinking, if drivers are aware of how the law expects them to drive; they will drive more carefully; because if they don’t, they will be held responsible and will have to pay compensation.

The standard of driving required

The standard applied is that of a reasonably prudent driver.  The law places a high burden on drivers to avoid collisions because vehicles are potentially dangerous weapons.  A reasonably prudent driver will be aware of dangers that are present and exercise care commensurate with the level of danger.  For example: always keeping a proper look out for other road users; slowing down where children may be present in case they run into the road; slowing down if driving conditions are unsafe; and ultimately take action to avoid a collision if able to do so.  That’s why you will be held liable if you hit that e-scooter, but could’ve avoided it.

You’re probably thinking this seems quite fair and obvious; and if I hit someone it’s because they did something silly.  This is where the law may surprise you.

But it was their fault your honour

Real life is never black and white.  Often in a collision more than one party is at fault.  The law places greater responsibility on drivers versus more vulnerable road users (e.g. pedestrians and cyclists).  If there is a collision between a car and pedestrian and both are to blame; the driver will be held to be primarily liable and will have to pay compensation; the pedestrian will be held to have contributed to the collision and their compensation will be reduced in proportion to their blameworthiness.

In terms of apportioning blame, from Eagle v Chambers [2003] courts recognise a car can do so much more damage to a person, than a person can do to a car, it is rare for a pedestrian to be found more responsible than a driver unless the pedestrian moved suddenly into the path of the car.

What you may find surprising is a vulnerable road user can be held more blameworthy than a driver (e.g. 80% to blame), yet the driver will remain primarily liable and will have to pay compensation (albeit reduced by 80%).

The best way to show how this works is with cases involving adults, children, drunks and cyclists.

Pedestrian (P) was knocked down at 11.30pm on a dual carriageway.  The road was straight and well lit.  P was emotional, had 1-2 drinks and was not walking in a straight line down the carriageway.  The driver (D) failed a roadside breath test, but was under the limit when tested at the police station.

D was found to be primarily liable for failing to see P and take avoiding action.  There was no evidence P staggered or changed direction suddenly, however their carelessness meant they were 40% to blame.

P was jogging and crossed the road at a light controlled crossing with a flashing amber sequence.  The lights changed to green in favour of D.  However, D’s view of P was restricted by a lorry on the inside lane.  As D passed the lorry, its driver sounded its horn, at that point D saw P but it was too late to avoid a collision.

The fact that the lights were green for D did not exonerate them, especially as the lights had just changed and the lorry had not moved.  D ought to have anticipated there may be a pedestrian crossing and was held primarily liable.  P who had crossed against the lights was assessed as being 80% to blame for the collision.

P was with friends larking about at the side of the road and suddenly ran out into the road as D was travelling at about 25mph through a green light.  It was held that it would be unrealistic for D to expect P would run out.  D not liable for the collision at all.

The law expects children to be less careful than adults and blame is less readily apportioned to them.

P, aged 11, was crossing a road with two friends.  The friends ran across the road whilst P stayed on the kerb.  Then suddenly, P dashed out in front of D as they were driving past.  D was travelling at 30mph in a 60mph zone.  It was held a high standard of care is needed when motorists drive by young children, as there is a risk of them doing something silly.  D was held to be primarily liable, but P was ⅓ to blame for the collision.

Inebriated pedestrians are just one more hazard a reasonably prudent driver must guard against.

D reversed their car at night from a parking spot outside their home for about 30 metres.  D was looking over their right shoulder to avoid parked cars.  P was lying in the road in a drunken stupor.  D ran over P.

D was held primarily liable for the collision.  D was criticised for not paying attention to what might have been in the car’s path.  D ought to have also checked their nearside mirror and looked over their left shoulder.  However, P was more blameworthy, 60% to blame.

This case involves the sadly common event of a left turning HGV (D) colliding with a cyclist (C) on the nearside (left hand side).

D was stationary at traffic lights and indicating to make a left turn, but straddling 2 lanes due to a tight turn.  C came from behind D in the left lane on a downhill stretch and collided with D turning left.  D was held to be primarily liable.  If D had checked their nearside rear view mirrors they would have seen C.

C was held to be also responsible for the collision because D would have been clearly visible for nearly 4.5 seconds before moving off.  C could not reasonably realise or safely assume D was going straight.  C was travelling at 16.5mph down the slope and with no ability to stop if D made an unexpected manoeuvre.  C failed to heed Rule 73 of the Highway Code which requires cyclists to pay particular attention when long vehicles make left turns at junctions.  In the circumstances C should not have undertaken D.

In apportioning blame the court had regard to the fact that D had the potential to do much more damage to C than vice versa.  Therefore, D was 70% to blame.

C was cycling along a pavement when they turned into the road and was struck by D.  The speed limit on the road was 30mph.  D was travelling at 35mph.  D was held to be primarily liable.  C was held to be responsible for the collision for leaving the pavement (“bunny hopping” at an angle) in such a way that they were bound to move into the path of a vehicle.  C was 50% to blame.

This involves a collision at a traffic light controlled junction.  Lights were green for D who was travelling 41-50mph in a 30mph zone.  C emerged from a side road against a red light.  D was held to be primarily liable.  C was criticised for failing to comply with the red light and failure to apply brakes in time to avoid the collision.  The balance of fault lay very heavily with C and they were found to be 80% to blame.

Drivers are in control of a potentially lethal weapon and have a responsibility to avoid causing harm to vulnerable road users.  When we drive we ought to have in mind what a reasonably prudent driver would do, which is not to take the risks we are possibly tempted to take.  If you fail to meet the legal standards you will be held liable for the consequences.

Hokman Wong is a brain injury solicitor.  Every day he sees how devastating brain injuries are to his clients and their loved ones.  Road traffic collisions are a number one cause of brain injury.  That’s why improving road safety is important to him.  He doesn’t have anything against e-scooters. 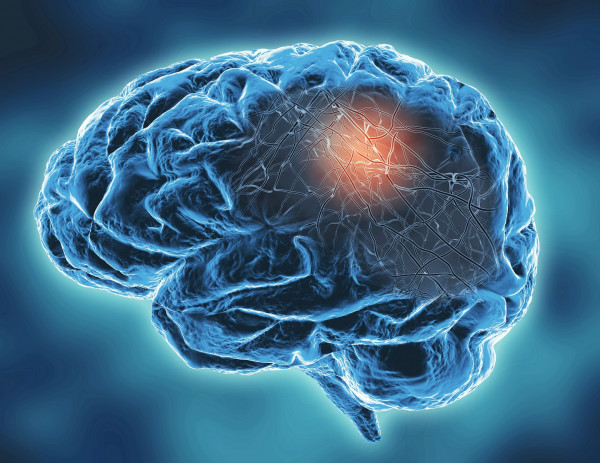 Functional neurological disorder (FND) is a condition where there is a disorder of the function of the nervous system, i.e. how the brain and body… 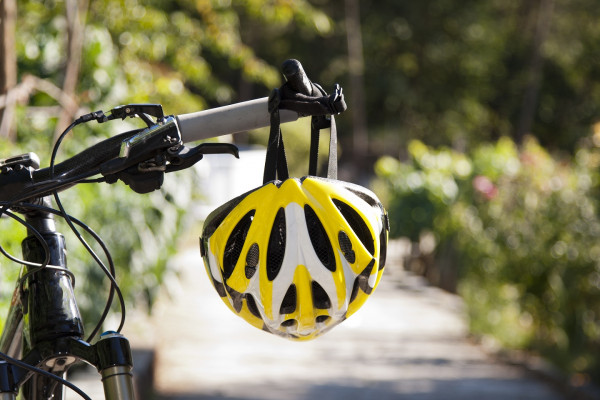